Nvidia released the GTX 1650 today and it turned out to be a bad release. The $150 card performs worse than the cheaper RX 570, it is only a small step up from a GTX 1050 Ti, as evident in the direct benchmark comparison. But it’s in our system now and you can add it to your build if you want.

Cases and cpu cooler got a bunch new filter option, both when creating builds and when browsing the parts lists. Cases can now be filtered for their fan mounting and radiator support, how many 140mm fans can be added for example. And cpu coolers, which had almost no filter option so far, can now be filtered for height, socket support, and even radiator length and cooling type.

Those last few filters might be surprising because AIO coolers were missing so far. Since air coolers were till recently always the best option for budget optimized build, AIO coolers were just not interesting for us. But with the i7-9700K and i9-9900K there are now consumer processors on the market that get hot enough to make AIO coolers relevant, they are basically being needed to allow overclocking of these processors. That’s why AIOs got added, with full compatibility checks.

Earlier this month the gpu benchmark got its first set of legacy gpus, the GTX 900 series. Now it got some sets more:

Lots of care was put into having enough benchmark data available to create a correct order. Whenever a card was not placed in a reasonable position by the algorithm, more benchmarks were added to provide a more accurate picture. That’s especially a challenge when comparing graphics cards from vastly different generations, for example the new GT 1030 with the old Radeon HD 7850 from 2012. Which one would you expect to be faster? The benchmark can answer it now (it’s the 7850).

Since the last database rework pc-kombo knew only the current generation of graphics cards. Or at least that is how it looked: Internally there were still benchmark data for the older video cards available, but without a current offer those cards were not shown in the benchmark anymore. 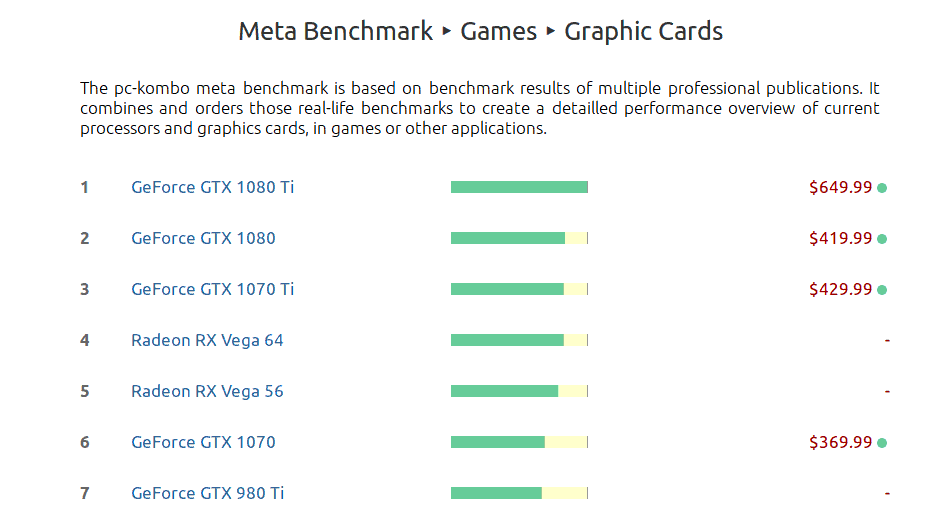 As a result, the gpu benchmark now contains more older cards that are properly rated and placed with the current cards relative to their gaming performance.

AM4 motherboards with B450 chipsets are a cheaper alternative to those with X470 chipsets. It’s the equivalent to B350, which was almost always good enough chipset choice and which became the default recommendation for Ryzen builds. B450 chipsets now are in the same position, with one difference: Out of the box compatibility with the Ryzen 2000 series. 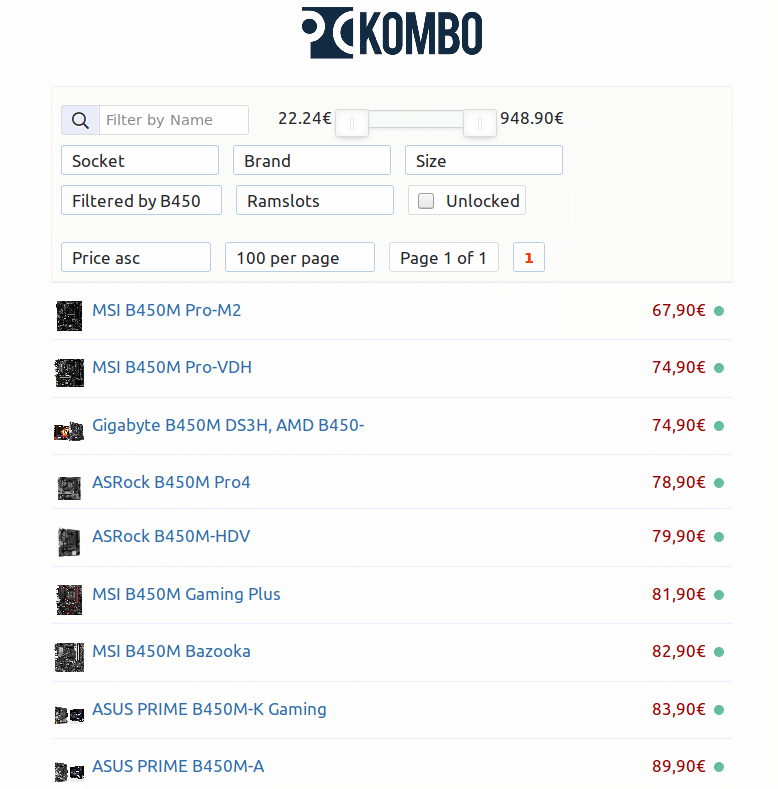 They are a welcome addition to the market and a necessary one for AMD, since Intel’s Core i5-8400 together with a B360 board was until now often the better choice over a Ryzen 5 2600 and X470, the Ryzen combination was just too expensive and the i5-8400 too strong in comparison. Now, with B450 available to make AMD builds cheaper, and together with the last price drop of the processor itself, the Ryzen 5 2600 is an attractive option again. 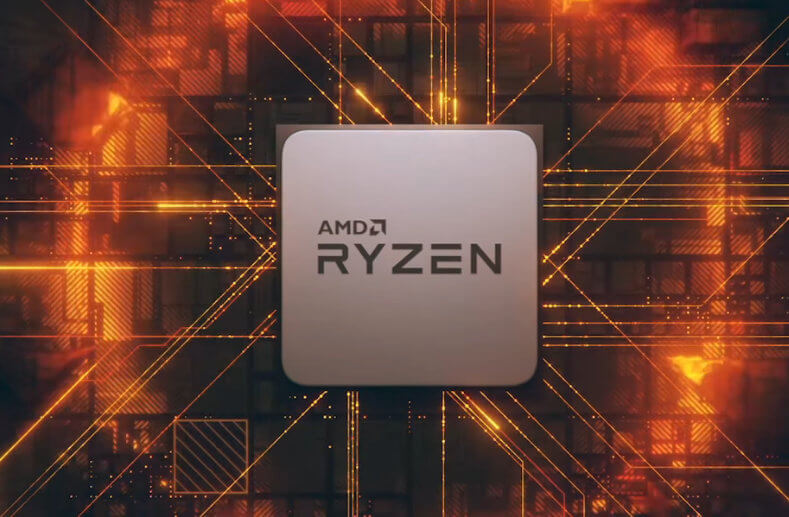 Reviews are positive. The jump from the previous generation is not huge, but there are nice incremental upgrades that result in higher clocks and thus better performance, while needing less energy on the clock level of their predecessors.

The processors are compatible with all existing AM4 boards, the just need a Bios update, like the Ryzen G APUs did. But this time most boards sold currently being should already be compatible. Though there is also a new X470 chipset where compatibility is a given, for those that want to be sure.