That’s because it has the same internal architecture improvements that made the Ryzen 5 2600 an improvement over the Ryzen 5 1600. If you overclock it, it will reach the same performance.

You can read more about it in these two reviews:

Now, should you buy the Ryzen 5 1600 AF? If you are looking for a processor and are on a budget you certainly should consider it. It’s not always in stock, and you have to keep in mind that it still is weaker than the Ryzen 5 3600 or the Intel Core i5-9400F (in games). But with a price tag of usually less than 100 bucks it can be a good option to get over a Ryzen 5 2600. For normal use (including playing modern games) there is not one scenario where a Ryzen 5 1600 AF or a Ryzen 5 2600 would not be at least good enough. Only if you target 144 FPS in processor heavy games or if you do processor heavy work like video editing you might want to get something better. If your budget allows it.

The AMD Ryzen Threadripper 3990X, released today, performed excellent in the reviews. With 64 cores and 128 threads, it was completely reasonable to assume this monster of a processor would only be suited for some specialized applications. And that’s a little bit true: It’s not the strongest gaming processor, or the strongest in single threaded workloads. But with some exceptions it is still strong in those - which is surprising.

In games, which tend to focus on single threaded performance, it sits a bit below the Threadripper 3970X, but still above the AMD Ryzen 5 3600: 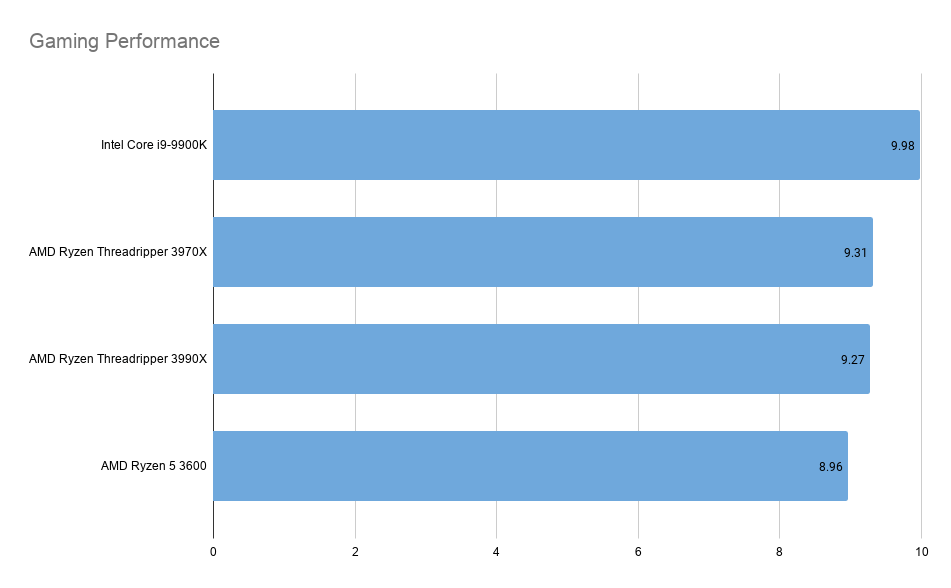 See the individual benchmark results here, they also show some of the games in which the processor performs badly.

In application performance it is the strongest processor in the benchmark, with a vast distance:

The details are here.

Of course, no one will or should buy the Threadripper 3990X for gaming, it costs $4000. That part of its performance just shows that its cores are not that weak - this is again no FX processor, which makes it more viable for software that is not that completely parallelizable. Still, in the end the 3990X is really strong only when it can use those 128 threads. They give it excellent results in modern software benchmarks. It would be a great choice for cpu heavy applications, like professional render workstations.

This AMD launch did not work that well. So here is what happened: AMD released the RX 5600 XT with a different VBIOS than originally planned. The new VBIOS raises core and memory clock, resulting in better performance. But: A last minute change is highly problematic for partner card vendors and thus consumers. The raised memory clock is hard to test and might cause issues, prompting some vendors to stick to the lower memory clock (6000 MHz instead of 7000 MHz). And that hard to notice difference is highly confusing for customers, who now can’t be sure the RX 5600 XT they buy reaches the performance shown in reviews, because those were mostly done with cards that reach the 7000 MHz.

But first, how did the card perform? In the benchmarks collected so far we saw it perform very well for its price, almost reaching the RX 5700 and beating the RTX 2060. 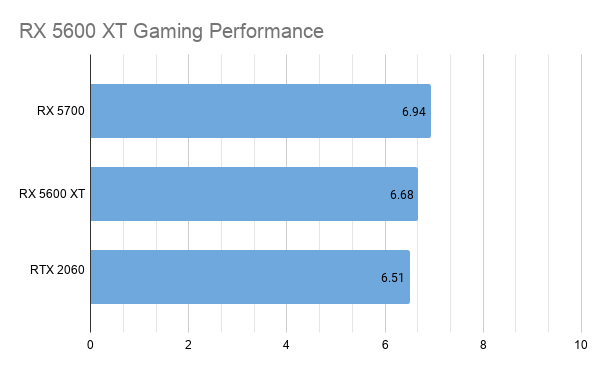 See this comparison for details.

That makes the RX 5600 XT an attractive option, especially if the price between it and the RX 5700 gets bigger over time.

Despite the launch issues, the 5600 XT cards are now in our system and they will be used for PC build recommendations.

Over the last weeks the recommender got a couple updates I will summarize here. Most important were a couple hardware releases not properly covered in this blog. But they are in the system!

We got finally a serious competitor for the RX 570: Nvidia’s GeForce GTX 1650 Super was released at a great price of around $160 and showed very good performance. So good that it also beat the RX 580 and reached the RX 590.

AMD Radeon RX 5700 XT with 4GB or 8GB memory released shortly after. They are also graphics cards meant to replace the RX 500 cards. They use less energy and are faster than the RX 580, not necessarily faster than the RX 590. They have a hard time against the GTX 1650 Super, at least with current prices, since the 8GB version is above $200 and the 4GB version clearly slower in some games.

On the processor side of things there was the Ryzen 9 3950X. Astonishingly that processor matched or beat the older Threadripper processors, and that on socket AM4. And that is in application workloads. The real surprise here is that the 16 core processor is also exceedingly strong in games.

Good thing that Threadripper 3 got released as well and included a big performance boost, albeit with higher prices and needing new and more expensive motherboards. The 3970X has 32 cores, the 3960X 24, both of them got many architecture improvements.

At the low end there was the AMD Athlon 3000G. And we finally got enough proper benchmarks to rank the Athlon 240GE, 220GE and 200GE. Those 35W dual core processors with 4 threads do not compete with Ryzen 3 or Intel’s current i3 line, but they are valid options for low powered family PCs and could work well in a custom NAS.

The site itself got some bugfixes. For example, the cpu cooler sometimes got stuck when trying to use the cheaper/better buttons at its side. There is now a new mechanism to ignore stale prices, which so far seems to work well - it reduces the chance that a price shown here is not valid anymore when clicking through to the shop.

Have fun building and a Merry Christmas!

Nvidia released a new card in the budget segment. It’s another alternative to the GTX 1660 and GTX 1660 Ti, with attractive models like:

How did it fare in our meta benchmark? Not so good, have a look: 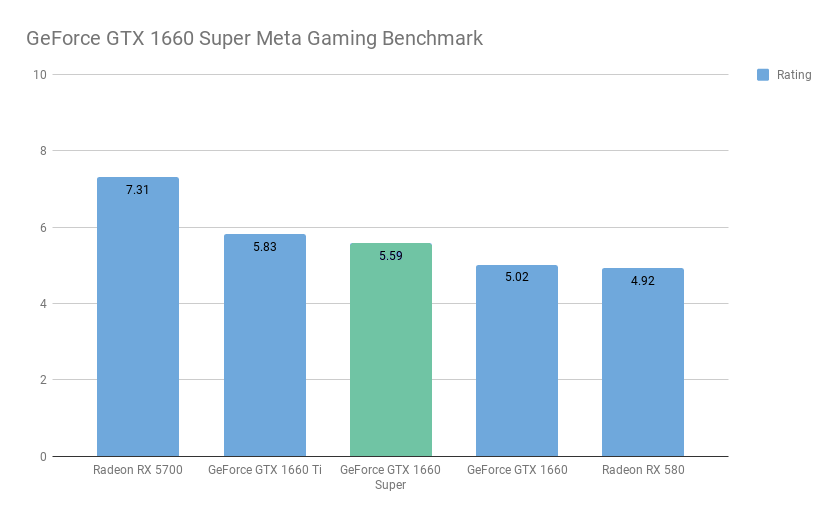 Or go directly to the always current comparison page.

It’s just nothing spectacular. The 1660 Super is a little bit slower than the 1660 Ti. It’s also supposed to be cheaper, depending on the model you pick. If sufficiently cheaper it’s a nice alternative to the Ti model. Apart from that it changes nothing on the gpu market.

The recommender will use the new 1660 Super cards from now on when appropriate, price tracking is activated.