It took a long time, but now they are finally available: Motherboards with a B550 chipset. Those AM4 boards are the newest option to run Ryzen 3000 processors. A cheaper alternative to X570 that also offers (some) PCI-E 4.0 slots, a modern replacement for B450 boards.

So, if you build a new Ryzen system now, should it get a B550 board? Maybe.

There are a couple of reasons why it should. B550 boards already tend to be cheaper than those with a X570 chipset. Having PCI-E 4.0 available gives some amount of future proofness. Ryzen 3000 runs out of the box, and Ryzen 4000 is supposed to also work immediately, also a good thing for future upgrade. Unlike most B450 boards, B550 usually offers two M.2 slots, useful for fast SSDs. And on top of that: Initial reviews have shown very good VRM performance (for example here), as good or even better as what X570 boards bring into the build. With better VRMs future processors with a high core count and clock are more likely to run without issues.

The reason not to buy them is this: 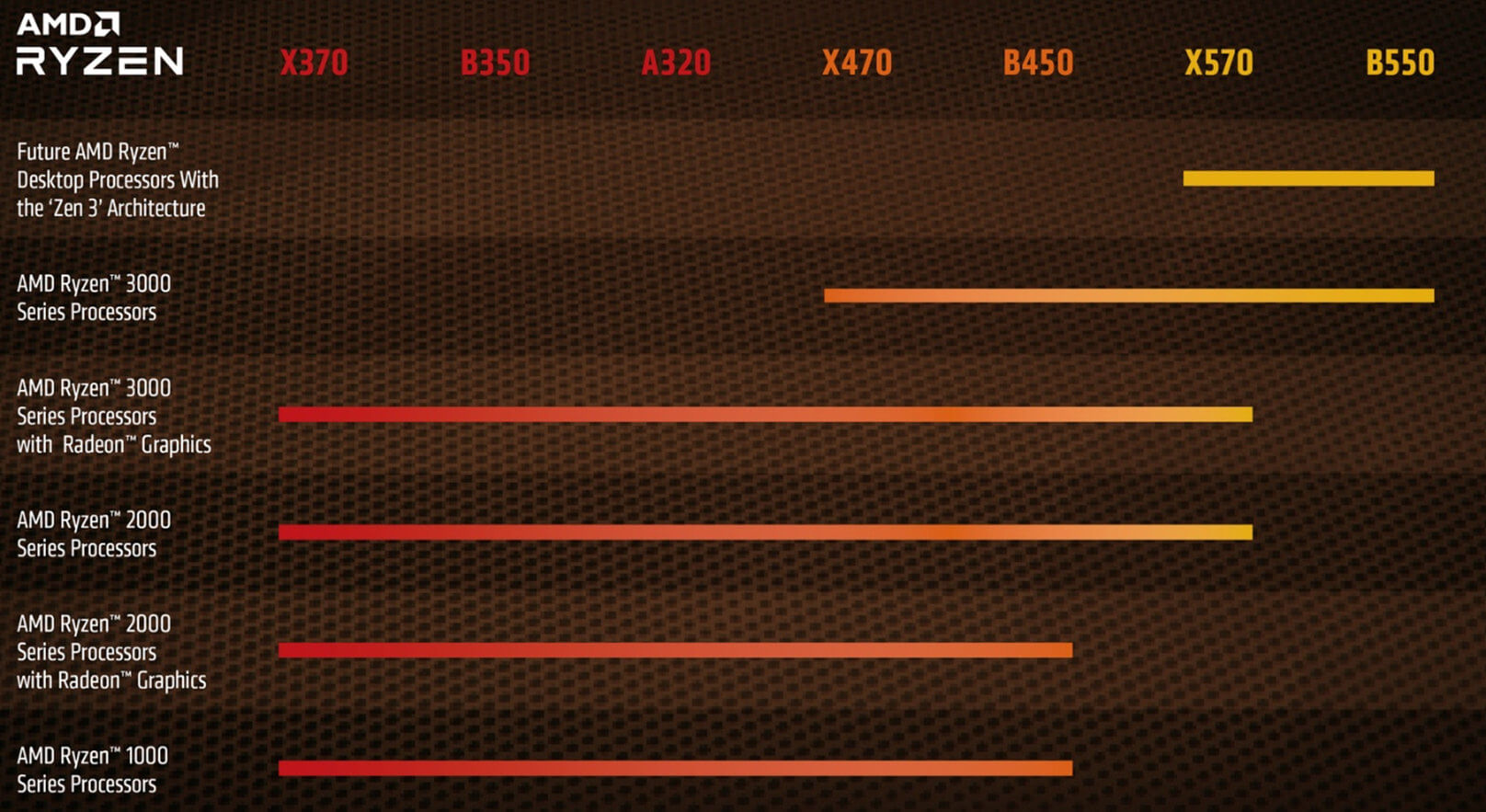 That was the initial roadmap of Ryzen processors and their chipset support, before AMD changed course and announced that B450 will at least get the option to also run Ryzen 4000. What additional information can be gained from it? That B550 might have a very short life.

The plan as it is understood so far is to release Ryzen 4000 at the end of 2020. And that’s it. AMD promised support for the AM4 socket until 2020. The next step is supposed to be a new platform with a new socket and DDR5. Estimated time of arrival: End of 2021. If that turns out to be true, B550 board would only live to see two processor generations, the current Ryzen 3000 (Zen 2) processors and the next Ryzen 4000 (Zen 3) series. There might be an incremental upgrade afterwards, but that’s nothing to rely on.

So, better to get an Intel system then? Socket 1200 just released, the 10th gen processors are competitive, especially for gaming. But Intel historically never offered better long term support for their platforms. If Intel does not decide to change, Socket 1200 - or at least Z490 boards - will see the 11th generation. But more would be completely out of character.

There is no better option than B550 right now. But there is an alternative, a different chipset that usually supports Ryzen 3000 out of the box and will also support Ryzen 4000. That option is even cheaper than B550.

When AMD announced B450 would not work for Ryzen 4000, many buyers were upset. For a lot it would have meant that the chipset would have seen only one upgrade generation while used in their build, Ryzen 3000. For many more there would have been no upgrades at all: Those with B450 Max boards, the MSI release specifically tailored for Ryzen 3000. MSI promised support for all AM4 processors, AMD until and including 2020, and they’d still not have gotten the 2020 Ryzen 4000 release.

But now they will.

That makes B450 boards and especially B450 Max boards still a valid alternative to B550 now. In all likelihood, they will be able to run Ryzen 4000 processors as well as the new B550 boards. And both are unlikely to get any upgrade options afterwards. The new boards might usually have a better VRM and the processor upgrade will not have to rely on beta BIOS versions, that’s nice and all. But those boards are also more expensive.

Much more expensive in fact. The B450 Tomahawk Max is at $114 in the US (if available), in Germany it costs 117€ (and is in stock). The B550 Tomahawk is a 185€ board, or an unavailable $180 board in the US. If all you get from that is a better VRM you don’t need because there won’t be that many processor upgrades, and PCI-E 4.0 you likely don’t need because faster SSDs are useless for gaming and graphics cards run fine with PCI-E 3.0 (for now?), then that is money that could be used elsewhere better. 70€ might just be enough to get that stronger processor or graphics cards you were considering, helping the build more than one of the boards would help it.

Granted, all that might not matter for long. There are cheaper alternatives to the new Tomahawk, like the MSI B550-A Pro. If those get an additional price cut soon after the release, as is common, the price difference between good options on both sides might not be there anymore. It might also happen that B450 boards simply vanish from the market.

But for now check twice whether you need a B550 board, or if a good B450 board like the Gaming Plus Max might not be the better deal.